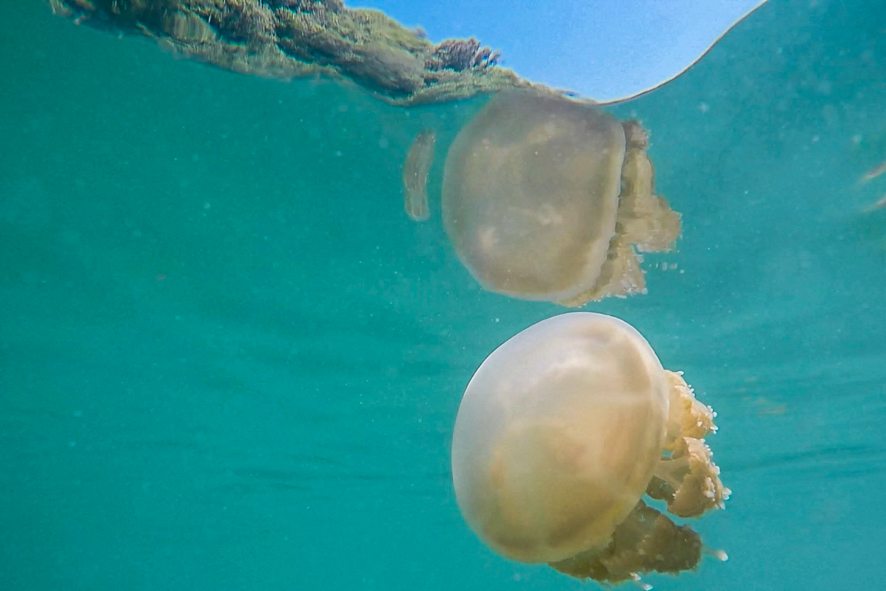 The 4 species of jellyfish of Kakaban’s lake [Video]

We shared a few pictures of our time at the jellyfish lake earlier this week. Kakaban, in Indonesia, is the only place in the world where you can safely swim with 4 species of stingless jellyfish.
We thought we’d share some basic information and pictures of the jellyfish species so you can try and spot them if you go.


We put together a video of the kakaban lake too. Hope you’ll like it 🙂

The different types of jellyfish you can see in the Kakaban lake are :

– The Moon Jellyfish – Aurelia Aurita
It has a transparant body and drifts with the current. The ones we saw where over 30cm.
They’re not that easy to spot in the murky water. 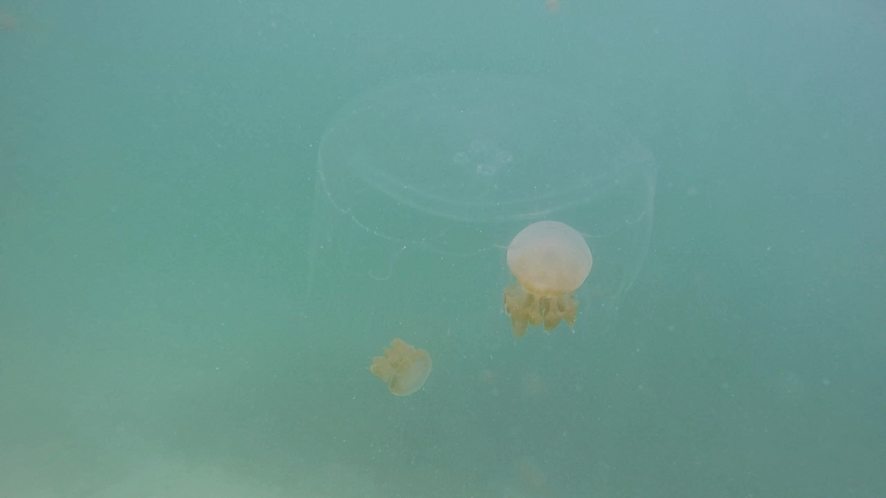 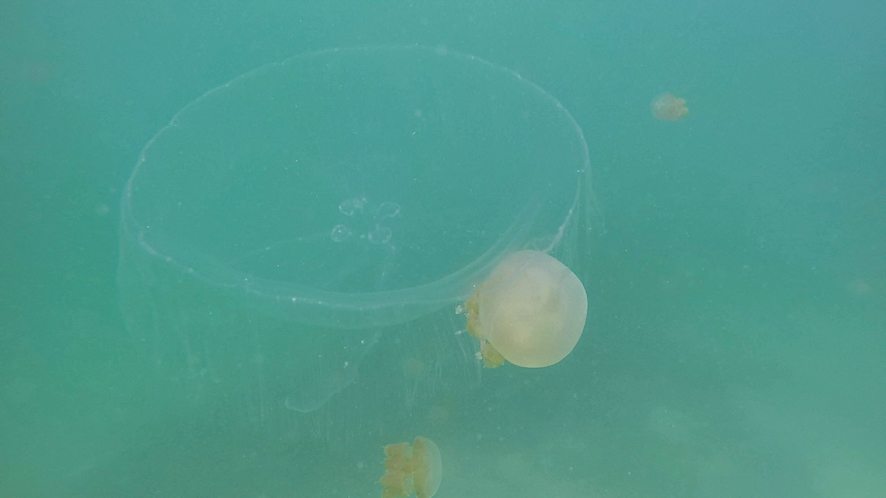 – The Spotted Jellyfish – Mastigias Papua
It has the largest population in the lake. They follow the sunlights so that the symbiotic algae they host can produce nutrients that the jellyfish use to feed.
It looks like the spotted jellyfish in this lake have lost their spots and have shorter tentacles. They actually looks more like a subspecies of the mastigias papua, the golden jellyfish, mastigias papua etpisoni. 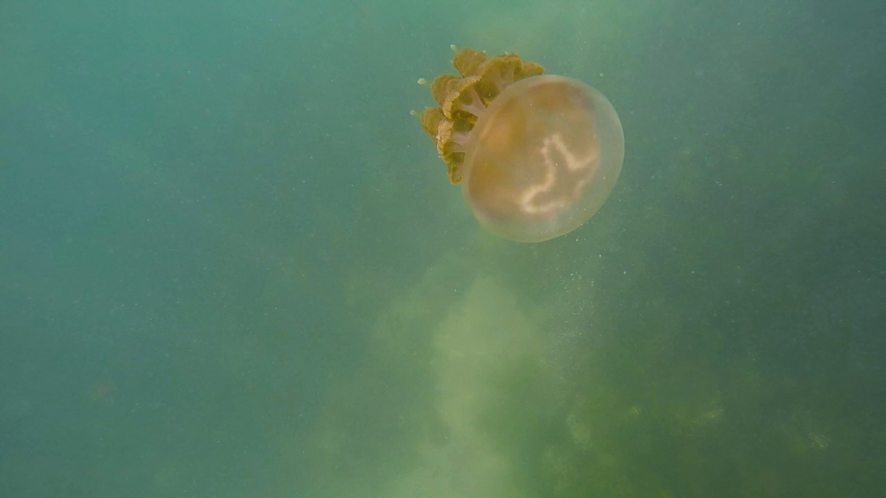 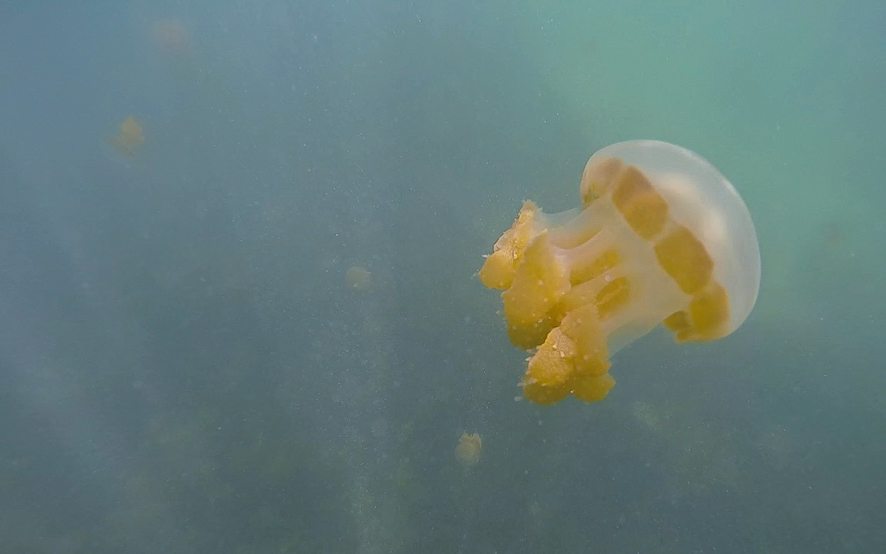 We saw a strange jellyfish as well. It looked like the golden jellyfish but had blue lines: